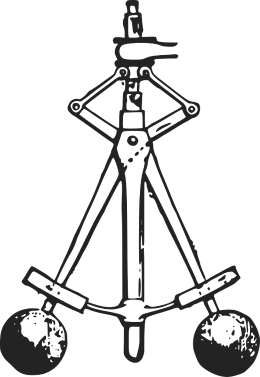 Humanity has evolved beyond the framework of late capitalism, and yet late capitalism hasn’t gone away. Capitalism emerged out of feudal society, creating for itself new technologies, a different relationship to nature, new social relations, a new mode of material production, a transformation of daily life, new mental conceptions, and new institutional frameworks; all within the feudal husk. So we, within the confines of late capitalism, are creating and using new technologies of distributed federated networks where different communities can join together to empower themselves from below. We recognize that these technologies must be able to adapt and survive–in the words of Stafford Beer, they must be viable systems.

The relationship between humans and nature under capitalism is headed for disaster; the capitalist understanding of nature as future property to be exploited and then discarded is making it harder for nature to sustain our lives. We are creating new multispecies relationships in which humans and nature converse rather than simply conflict with one another, engineering safe and just services and whole-scale economic systems for humanity and those regarded, in the accounting of late capitalism, as marginally human, or non-human others.

We are building bridges from alienated labour in capitalist production to open cooperative production that values individual and group autonomy and federates across a growing network of other such enterprises. This is a project of expanding the dimensions of ontological agency and design, building new futures and worlds.

We understand that the very concept of daily life must be transformed from drudgery punctuated by the purchase of commodities that we use to do our self-expression for us, to self-expression in both work and leisure: the conscious creation of self and community under our own terms for our own liberation.

To achieve this freedom, we have emergent new mental conceptions that use the tools of science to ensure autonomy and liberation, and a human world populated with human beings working together to fulfill themselves as individuals, as communities, and as a planet. To this end, we are creating new institutional frameworks, learning from what already exists, and shaping these frameworks to accommodate the real needs of every human being on the planet, now and in future generations.

Foremost among the mental conceptions that we seek to develop is a new liberatory socialist cybernetics. We believe that our institutions should neither be built ad hoc, nor simply recapitulate the organizational forms of dead centuries now past. We begin with the Viable Systems Model developed by Stafford Beer, but take his motto “if it works it’s out of date” seriously, and view Beer’s thought only as a point of departure. The revolutionary tasks of today are our own and will require new tools to be carried out.

In this project, we are building lifeboats on the ocean of late capitalism and seeking safe harbour in the hopes that our work will spread as it contributes to replacing the old world we find ourselves in. We are still in the prototype stage, although we have some working alphas and betas emerging in the world. We encourage our comrades to help us through the planning stage and into the building stage. We are all learning together, and each week sees us exposed to new tools and ideas, leading us to services we can provide to other comrades engaged in this endeavour.